For this bonus apology episode we searched for the most horrid reprehensible thing that we could watch to atone for our sin of absence. So now here is our review of Rob Zombie's Halloween. Here are Ruby's itemized notes. ENJOY!

Rob Zombie's Halloween
Or why I've renamed this shit White Trash Shape in Trumps America1. Opening scene: bad acting, OBVIOUS foreshadowing, like how much abuse and absolute rock bottom bullshit could they fit into each moment? Like they couldn't make it more original so they took every single thing about The Shape and dumbed it down so hard to try and add original content. Everything had to be spelled out and exaggerated. I was annoyed before the second act. 2. Expletives are only interesting when they enhance dialog. 3.The blood was ridiculous. When he beats the kid in the woods the blood is black and dried and coagulated. How many times did they have to shoot this hill Billy bullshit?4. Exotic dancers aren't automatically shitty people in shitty relationships who have no control over their family and their lives? They also don't automatically have toxic relationships. Come on. 5. The Shape isn't pathetic. This kid is. 6. Why do we even need some "why" based in psychological realism? That makes it less scary. 7. That creepy sister touch/ sexual bullshit. We're above this. Since when does Myers torture?8. Did that reporter just say Mansion like?9. The session with Fauxloomis... wasn't convincing. What's with the fucking hair?10. Machete!!11. Black isn't a color. Fuck you Fauxloomis.12. The let it out session? Is Fauxloomis a real Dr? Is he creating white trash shape? Someone call House. 13. Where are the rest of the prisoners?14. Oh. He killed the nurse. I. Am. So. Shocked.15. Did this bitch just kill herself with the baby in the house?16. Machete with the compassion!17. We can't show you how fucked Fauxloomis's life is bc we're not talented enough to write that shit. We're gonna say it. The DOCTOR is going to compare his time with Myers to his first marriage and a close friendship so that WE KNOW his life has been consumed by this incredible case. 18. Did he just break chains? RIP guards. Also when in the fuck does the Shape run? No.19. Machete no! Some calm ass balls tho. Is this where we prove Mikey is depraved?20. Dem feet. Joe Grizzly. Dead.21. Laurie is um... yeah. Is everyone in this world shit? Like does that have to be true in order for this trope filled shit fest to continue?22. I'm sorry. Did he tear up and bury the weapon and knife under the fucking floor before his mom got home on Halloween? Was he a 10 year old floor tech? What in the cinnamon toast crunch fuck is this?23. Oh I like the kid who plays Tommy.24. Welp her friends are still a bunch of bitches.25. Danielle Harris... whhyyyyyy?!26. Omg the over the top is killing me. All of this is killing me. What did I do to deserve this?27. The animal on the grave? Ew. 28. Are...are they going to fuck in White Trash Shapes house? Oh comethefuckon.29. That dude has like pedicured toes. Oh, and he's dead. 30. Fauxloomis buying a gun is ridiculous. He'd already have a gun. 31. Ok. The dad on the porch scene made me jump. Parents are dead. They actually didn't suck. Well, the acting did. 32. I just checked. Why are there 42 minutes left in this travesty?33. Do kids murder animals and lift headstones regularly sheriff? Do they??34. Omg Fauxloomis. Even I want you to shut up.35. Really Laurie? Retarded? You're letting yourself become White Trash Laurie Strode.36. Omfg enough with the book. Monsters sell books. 37. Have we seen enough boobs yet?38. Did the sheriff really like... kidnap a baby?39. Why would he come back for his baby sister when he didn't kill her to begin with? What's our motive? She never hurt him, he seemed to care for her? It literally makes no sense. The motive they've created matches nothing he's doing.40. Don't unlock the fucking door. 41. Ooo girl. 42. I'm sorry. Where tf is he taking her?43. Where is Jamie Lee Curtis for this bullshit?44. The bruising on Linda's neck is stupid. 45. Oh look White Trash Shape is emotional. He is showing her a picture.46. He took the mask off, fuck this movie. 47. No double tap. To be fair Supreme Laurie fucked that up too.48. Did this bitch really just fall in an empty pool?49. Despite all my rage, I'm still just a rat in a cage. 50. No one cares about you Fauxloomis.51. 3 shots. Shoot again Fauxloomis.52. And Fauxloomis is blind?53. I wonder how William Shatner feels about this shit. 54. A wild gun appeared!55. This is drawn out and not really adding suspense. 56. Ten more minutes until this booshit is over. 57. I'm sorry. What? Y'all just Thelma and Louised this shit.58. How tf is she missing bullets? 59. This was fucking dumb. What in the ever living fuck possessed anyone to make this movie? This shit has a sequel? WHY. Like someone tell me how he lives through that shit, bc this mother fucker ain't the shape y'all. He's some sociopath fucked up white trash incest lusting beast who someone fed Wheaties in prison. 60. Fuck this movie.

Posted by solesurvivorspc at 4:53 PM No comments:

We had the great fortune to have Clarissa Jacobson who wrote the short film "Lunch Ladies" reach out to us about a new horror anthology premiering today!

Hellarious contains seven short films including "Lunch Ladies" which we've mentioned before on our podcast. We enjoyed every story and we recommend you get this DVD as soon as you can!
We also had the opportunity to ask Producer Jason Tostevin a few questions about this project:

What was your inspiration for Hellarious?
It was in a conversation with Chris Ethridge of HorrorPack, which ended up distributing Hellarious. I was talking about how horror comedy shorts are so beloved on the genre festival circuit. People have such a good time together, and they’re always the talk afterward. But there hadn’t been a serious attempt to bring them directly to the public I know loves them. And there it was: let’s put together a great lineup of horror comedy tales and give people a chance to see them outside fests!


What made you want to put this collection together?
Part of my passion is building bridges between filmmakers and audiences. It’s one of the reasons I started Nightmares Film Festival, and a major guide in how I run it with my partner Chris Hamel.

There are some truly extraordinary films that get lost once they’re off the circuit. That’s such a tragedy for the teams that made them and the audiences who would love them. I’ve long thought that, if we brought short films directly to audiences and presented them in the sophisticated way they expect, we could help more films get seen and more people have a great time.


How did you reach out to the other short film makers?
I’m lucky in that I’ve been on the circuit with my own work, and run Nightmares, and in general am a big fan of indie genre work. So I’d met all of them already and seen their films play. When it came time to track them down, I emailed and messaged, talked about what I was hoping to do and how I thought it would be received, and we started hammering out details.

How did you choose the films for your collection?
There are some natural parameters like, has it already been sold exclusively? Is it still on its fest run? But the biggest filter for us was, is this a short that killed it on the festival circuit, that people talked about afterward and that the audience deserves to see?

I was also committed to including movies made by women, and am thrilled that Sarah K. Reimers brought Bitten on board, and Clarissa Jacobson brought Lunch Ladies – two absolutely killer shorts.


What has the reception been like?
We’re really bowled over and humbled by the response. Bloody Disgusting said “it’s so funny, it’ll literally bust your guts,” and iHorror called it “bloody brilliant.” And our network is really cheering us on.

Our biggest hope, and the most important thing for the mission of the movie is, we need people to click “purchase.” I want to be able to do this again, with other shorts. I want them to get to the audience, and I want the audience to be able to see these movies we know they’re going to love. This is a business, of course, and for any of that to happen really depends on the numbers: do enough people buy Hellarious to make another collection worthwhile? I really hope they do!


What's next?
Nightmares Film Festival is still accepting submissions through September 13, so the team and I need to really focus there and plan the fest, which is the weekend before Halloween.

After the fest, I’ll be finishing another couple scripts, and I’ll start planning to shoot one of them I’m really excited about. I can’t reveal the premise, but I can say it takes place in a very popular horror universe, and explores a mystery many people have wondered about there.


If you want to click "purchase" (and we recommend that you do!) Here's how you can find it: Hellarious

Go ahead and listen to our Special Episode on this fantastic DVD!

Posted by solesurvivorspc at 4:20 PM No comments:

We're back!!!! We're sorry for our long hiatus but we're back for good. We're starting off with a review of the new Halloween sequel reboot "Halloween". Stay tuned until the end where we reveal the topic of our surprise extra apology episode. If you want to yell at us you can reach us at solesurvivorspc@gmail.com.


We're going to be attending Monster Mania 44 for in Hunt Valley! Molly will be wearing a Young Frankenstein T shirt on Saturday if you want to say hi! 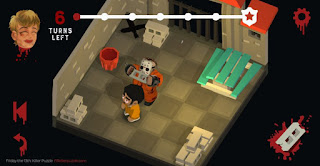 Posted by solesurvivorspc at 8:27 AM No comments:

I know we've been a bit absent and we're sorry. Life got away from us but I promise we aren't going anywhere. We have more episodes planned! If you want to email us to tell us how awful we are for taking so long you can do so at SoleSurvivorsPC@gmail.com - Molly


Posted by solesurvivorspc at 7:52 AM No comments:

It's Molly. I'm so sorry about our long silence. I'm a pretty up front and open person. I have severe depression and I've been working with my therapist and Dr to improve. I was put on meds that made it incredibly hard to focus. We've had the episode for "Get Out" in the pipe since it's opening weekend but with my inability to focus I have had a terrible time trying to edit. I've since changed meds and my focus is improving. Gleefully I'll have the episode out soon.

Posted by solesurvivorspc at 2:40 PM No comments:

We are here! This is the first episode of Season 2. I know we've been a bit slow on our roll but I promise we aren't going anywhere. We review Silent Night, Deadly Night (1984) and Silent Night (2012). If you want to tell us something email us at solesurvivorspc@gmail.com.
Posted by solesurvivorspc at 11:52 AM No comments:

Hey guys, sorry about the lateness. Here's our final episode of Season 1. We're releasing it pretty raw to go out to you guys sooner. We've also recorded the first episode of Season 2 which should be out within a week. Thank you guys for all your patience and we love your support.

Posted by solesurvivorspc at 7:45 PM No comments: